On Raising Them Right (Day 75)

I am exhausted. Not because of Daylight Savings Time, but because I have a teenager. 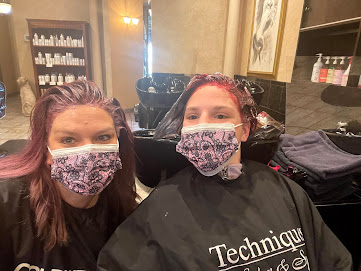 My teenager daughter told me tonight that I was not raising her right.

I mean: WHAT KIND OF MEAN HORRIBLE THING IS THIS TO SAY TO THE WOMAN WHO THREW YOU A BIRTHDAY PARTY JUST DAYS AGO.

Prior to her comment, I was seeing red over missing school assignments and could not even believe the situation and I was absolutely raising my voice and shouting and to quote something my Dad used to say to teenage me, I know I shouldn't holler, but what actually is the story with all this?!

And then, I really did not WANT to hear the story. I did not care about the story. I just wanted the assignments completed, so I did not have to lie awake at night worrying that my child will drop out of high school at age 15 and take up odd jobs and live in my house forever.

After the comment, I was so angry that I was speechless, briefly, then began yelling again.

I hate losing my cool with my kids, but I always do. Just when I think I've meditated myself to the point of being zen and detaching myself from the drama, I am back to a raging lunatic, who knows she should not be but feels so utterly flabbergasted that I just cannot control myself.

It is so hard with kids to keep it even. I often see my children fighting with one another or screaming in irrational, absolutely mad ways about nothing and I think: "wow they are nuts."

Then, suddenly, I am right in the midst of the insanity.

It is so, so, so hard to keep your cool.

And tonight, my friends, my teenager came to be after she finished her missing assignments and said: "Mom, I am sorry for shouting."