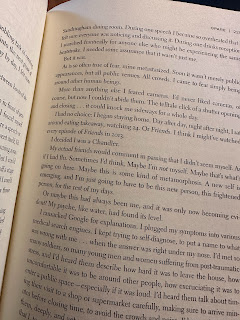 I was going to wait to talk about Spare by Prince Harry (why doesn't he use his actual name!?) until I finished the book; but I feel like the book is so long and so British that it is best reviewed in parts. Also, I've been driving everyone around me crazy talking about it endlessly, so maybe best to get it all out here!

Full disclosure: I only picked up the book to fuel my irritation. I was not a Harry and Megan fan before beginning the work. In fact, I disliked them. I had a whole Ted talk about why I did not like them. I also acknowledge my opinions of them makes no difference because they are absolute strangers. But, whatever, I am only HUMAN!

Instead of nurturing my irritation, I instead discovered the source of it: Harry is sort of boring for a Prince!

Now, his stories are not boring. His stories are interesting and he's lived such an extraordinary life so far. But as I read I find he seems to exist so much in his own head that I feel like he wouldn't be telling his crazy stories at a dinner party to an audience hanging on every word. He be listening to everyone else and dreaming of going back to fly a military helicopter or something.

Anyway, I've developed quite a soft spot for the spare Prince. The book begins when his mother tragically dies. Harry was 12. I keep thinking about my own son--just 10--and how much pain he would be in if he lost either Mike or me.

Harry does the traumatic funeral things and then off to boarding school he goes. No one ever seemed to guide him in his grief or even hold him while he mourns. It was like "Your mother is dead; but it's back to school! Let's get on with it!" All very stiff upper lip and all. To Harry, it seems, his mother remains revered and sainted in his mind.

I know from experience how easy it is to saint a ghost. They don't live long enough to betray you, so as long as they died on good terms, they are forever, nearly perfect.

Then there is war and more grieving alone and sometimes talking with his brother about his mother very briefly. And he loses a childhood best friend in a deadly accident. And there are the horrible, traumatic stories of being hunted by the "paps." I thought I had an understanding of the paparazzi's harassment; but the reality is worse than I imagined. Bribing police officers and putting trackers on their vehicles and harassing families of Harry's love interests only scratch the surface of it all.

I really truly feel compassion for the abnormality of his life from the beginning. I don't even know if he fully understands or ever could understand what a normal life could look like.

Some other early notes:

And that's it for now! I am on page 234 and Harry is now visiting the South Pole. (He also visited the North Pole. See it is interesting! But, he'd tell the story at a party in a boring way, like, "yeah I was hiking in the snow. it was faraway and cold.") I am sure I'll sneak away to read at least another 100 pages before tomorrow and hopefully wrap by the Spare by Thursday!