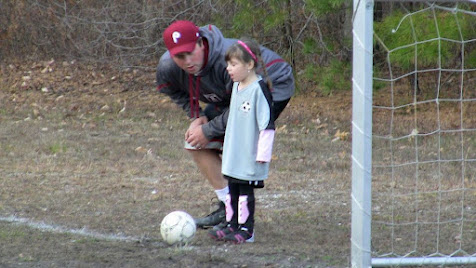 I am probably tempting whomever or whatever makes Friday the 13th unlucky, but I love the 13th day of the month.

My oldest daughter, Lily, was born on March 13. She was born really early--11 weeks with super sick lungs and I know her NICU doctors were legit worried if she would make it. Thankfully, they never told us how worried they were; but they did tell us things like they didn't think she'd ever have much cardiovascular strength or like run a marathon.

I think about that last part a lot, nearly everyday. Every expert who has said Lily won't do something has been proven wrong. Lily hasn't had a chance to run a marathon (yet, she is only 16!) but I am pretty sure her cardiovascular fitness surpasses most of us. She's been training for three years, 6 days a week, for most weeks of the year, for 2 hours either on the water or off the water on an erg.

So, while some may see Lily's early birth as unlucky, I see it as one of the most lucky things that has ever happened to me. Since her very first day, I get to witness a stubborn, graceful, gritty girl who is determined to rise up no matter how many times she's fallen down. And Lily has fallen down more times than I could ever list. There have been little falls--like the hundreds of time she would simply lose her balance when she was trying to learn to walk. There have been big falls like when the shunt that was placed when she was 14 months and battling a brain tumor failed, requiring her to have emergency brain surgery.

Through every Fall, Mike, her sister, her brother and I have always remained steadfast in our belief in her. We never ever have told Lily that she isn't capable or that a dream is out of reach. We've been clear that some dreams will require many falls before she grabs them. Lily has been clear that she is stubborn, tough and unwilling to pretend to be anyone other than herself in her pursuit of her dreams.

There have been times when Lily has fallen and I can see the pain in her body and her heart. I always reach for her and tell her I am so sorry. And Lily, nearly always says, after she wipes her tears or screams in frustration,

"It's okay Mom. This is just a problem to solve. I love you."

Luck, friends, is all about perspective. Without the bad luck, you cannot understand just how much good luck you have.