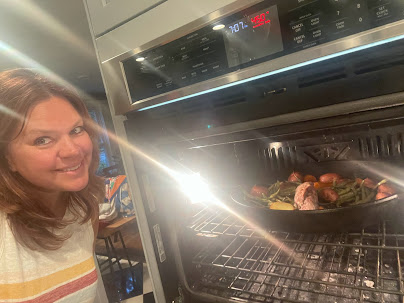 I know, I am rambling about science things and no one cares.

The bottom-line is: I am having trouble adjusting to the quiet, interruption free time and I don't know how to work that way! This leads me to believe I would thrive as like a battlefield reporter or maybe should try to write a book at a Metallica concert (are they still alive? or touring? does anyone like Metallica?).

My children have really changed me, apparently.

I could continue rambling in this disorganized way, which is much more organized than the way I actually think, but instead, I'll provide you with the second day of school updates in list form. Here's everything you have not been wondering about, but need to know:

I still have no idea when they are finished school. But, everyone made it home and I did not have to endure any questioning about their school routine as part of an investigation (at least not yet). The elementary schooler got home so late that I though maybe school was a sleep away thing this year (cue the Facts of Life theme song). While in theory this is wonderful, it does create a nightmare situation when it comes to after school endeavors.

Two had sports (soccer, field hockey) cancelled due to this mysterious rain that continues to Fall and the third rowed in the rain, "BECAUSE THAT'S WHAT ROWERS DO, IDIOTS." (Lily said that last bit to her siblings. And she is the nicest of the three.)

But, speaking of rowing, Lily jump shipped from her high school club and joined a new regional club that rows from the same boathouse. It was a big deal to her--lots of anxiety and fear she would be viewed as a traitor and that she'd lose her friend network. I am so proud of her for being brave,  making a decision that serves her goals and most of all, believing in herself.

(We do have to work on the sibling insults, but she cannot be perfect!)

I have no idea why I am telling you this last bit, but it is what's for dinner.

Anyway, tomorrow I promise to return with "Third Day of School Updates" and write something poignant and coherent. For now, I shall go put the First Day Packet of important documents in a special location for when I need it in an emergency.