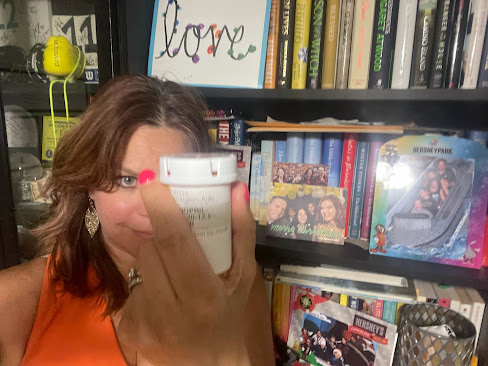 The biggest irony in my life (I think irony is the correct word. I have a long standing paranoia that I'll misuse this word) is whenever I need to secure a refill of my blood pressure lowering medication, there is an episode that can only be described as blood pressure increasing.

Take for example, my former primary care doctor whose front desk staff would hold my refill hostage until I found childcare at an unreasonable time, in order to come in for a mid-year check in, only to cancel this appointment at the last minute and tell me they processed my refill days ago. Or the time, I ran out of my drug,  went in for the hostage exchange (my weight on the scale for the script), only to have a very high blood pressure reading which was met with: "Oh I guess you need you Lisinopril-HCTZ."

Yes, Doctor, I do, indeed require the prescription medication your prescribed to manage my blood pressure, especially when it comes time for a refill.

There is also the very recent time when my insurance changed and I went to France, only to return to a prescription that had been returned (Where? No one knows? Back in the pill bin? To the manufacturer? To a police station? No one will tell me?) but a promise of a new prescription in "3 days time." That prescription never materialized, but what did materialize was pandemonium.

First, my husband asked about the script, three days later, at my urging and insistance that it would be easy! They assured me! Three days time! There was no script; but there was a promise of a request to the doctor for a refill and that I'd have it in three (additional) days time!

In the intervening three days, I received a flurry of calls and voicemails from my former primary care doctor--the prescription hostage taker. One voicemail said, "We see you need something now, well so do we." Then strange texts about prescription assistance and discount cards for those without insurance. I have insurance! Who was texting me? And then I was forced to send an insane message to my new primary care provider, who does use my routine medications that I take for chronic medical conditions as colleteral for more copays, asking if they could just do me a solid and refill my script.

When the three days of communication concluded, I had no choice, but to contact my pharmacy again.

And friends, that is when things got serious. Security camera footage was pulled and reviewed, because it turns out my medications was NOT RETURNED but it was picked up by someone. When I asked if there was a market for blood pressure medication, the pharmacy tech said "you'd be surprised!"

I feel certain that desparate and hypertensive patients of my former doctor were probably stealing high blood pressure meds and water pills. I know, firsthand, that they have no choice!

Anyway, I was instructed to call back in one hour, which I did. I asked about security camera footage and the response was: "Why are you asking?" I was about to explain, and then, suddenly, like magic, a text message popped up that said, "P, your prescription for LI is ready for pick-up."

So I hung up the phone, put on very large sunglasses and baseball cap and went to get my blood pressure meds. . .I did not want anyone to review the security footage and see me, just in case.