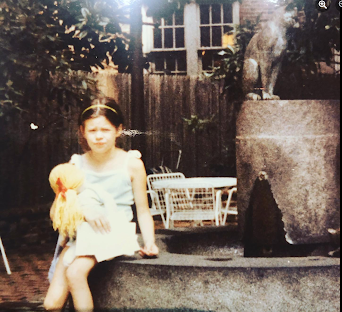 Nothing at all happened today, I mean not really. I did have to take a short therapeutic nap at 4:30pm following a bout of yelling over garden hoses and surprise thunder. The nap did help. Later, I switched to wine, which helped much more.

Sometimes I wonder if anyone in this house is actually happy. If I said this out loud some would be deeply offended, others would become enraged, some would feel guilty and one would answer:

"No, I am not happy. The hose wasn't working right."

Now, who would say each of things rotates amongst my family. They are a bit slippery and changeable and fickle. I know their happiness isn't my responsibility. And often, like when I escape into a 42 minute therapeutic nap, I am completely abstaining and absconding from my happiness making responsibilities. All of this being said, I do worry, quite a lot, about their happiness.

I was in my early 20s when my father, who was in his early 80s, showed his first signs of mortality. As doctors were rolling him to the operating room for bypass surgery,  he asked me, if our family vacations were good enough. When he woke up, he asked if I felt I was enriched enough as a child. And then on his death bed years later, he wanted to confirm that our vacations and my enrichment, and then, inexplicably, my high school wardrobe, were all top of line and enough.

And my Dad was born in 1920. He lived through the Depression and fought in World War, yet he was still worried about my happiness.

It's a parenting epidemic--this happiness worrying, isn't it? Like my Dad, I will worry until my death bed, I will probably worry in the afterlife. My ancestors will worry about their children and their children's happiness, even as they deny feeling responsible, they won't be able to stop being concerned.

For the record, I did tell him that I always wanted to go to sleep away camp and I am still a little bitter about Italy in 1991, but all in all, my high school flannel, Gap jean and body suit collection was on point, so it balanced out other failings. He wasn't surprised and then I asked him if I was a good enough daughter.

To his credit, he said, yes, without a pause. And of course, I failed so many ways as a daughter, as we all do, as people, but until the end, he was most concerned with my happiness.