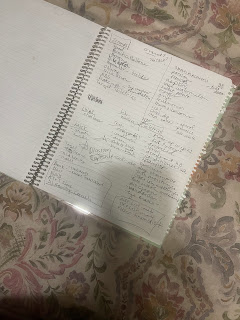 Nothing is packed! No wardrobe is capsuled! And there are 5 of us. Mike, of course, will pack in 10 minutes; complaining he has nothing to wear and instead of giving up, he’ll just get on with it and wear whatever he has.

Everyone else is incapable of this. Okay, mostly me. But whatever, there are 5 of us!

I was filled with so much anxiety last night, I developed reflux and then I worried it was a side effect of my diabetes regime and then I had renewed concerns I’d leave my medicine behind in a foreign hotel and end up having some sort of diabetic foot emergency while in the Chunnel. (Is it actually called the Chunnel?)

Which means I’ll come home from France with only one functional foot.

This particularly weighed on my mind at 3am and I did spend some time doing ankle circles to ensure my circulation was functioning!

At 4 am, I was particularly concerned about the Paris metro and train maps. I am not sure why, exactly, but this did lead me to perform a full closet clean out after the sun came up to find my metro map and study it for 45 minutes, while also tracking the packing cubes I ordered at 5 am and making lists of items I need for our July 4th BBQ.

As a result, I was very tired today. However, we had Phillies tickets and I was, at first, annoyed by the interruption. But really, it was wonderful to live in denial for 5 hours while the Phillies took their time swinging bats and whatnot (clearly they are not riddled with anxiety over their packing cube order).

I used our very late post-game family dinner at the Pour House to begin my master list of everything that must be done before I leave/flee the country.  The list is long and terrifying and hard to read and poorly organized and I almost left on the table. But it will give me things to do at 2, 3, 4 and you guessed it 5 am!

I am wide awake now; although have weird neck pain from waking up and rolling over to order last minute toiletries from Amazon (at 2am).

If you need anything in the middle of night, text me! I’ll be up drawing diagrams of my wardrobe and could probably use your input!