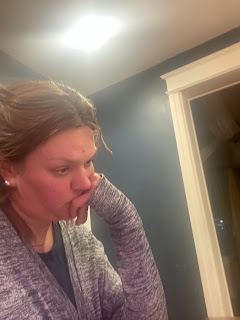 Today, I called my wireless provider to clarify how the "International Day Pass" would work when I travel to France next week. Everything about it sounded exactly like what I needed, the price listed was not unreasonable and there were no roaming charges, according to the website. Of course, this sounded too good to be true, so I had to call and find out the real scoop.

The first time I called, they took several bits of information and then asked for the number to call me back, should we be disconnected. As soon as I said the last digit of my number, the phone disconnected.

And then, I waited for my return phone call.

It never came. So I called again and went through the same process. As soon I said the last digit of my number, the phone disconnected again.

And then, again, I waited for the return phone call that would never come. So I gave up. Perhaps, I'll try tomorrow. But seriously, if my wirelessly company cannot keep me on the line in the United States, I have little confidence my phone will be of value in France.

I really want to scream and throw things and stop the distracting sounds around me because I am so desperate to find my own voice, which seems to have gone missing.

I hate this part of it all--the part where there is nothing and even though I know the nothing time is what makes room for the something time--this part of my own creativity is really, really difficult to wade through. It's even more difficult when you to rally to perform and produce and create and engage.

So for now, I have to sit with the disconnection, like I am waiting for ATT to call me back, because they will, eventually, right?