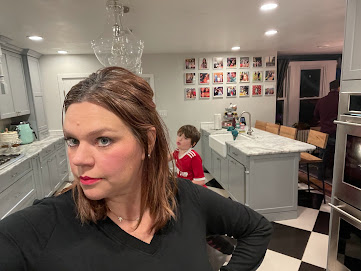 Beginning at dawn, I have asked Nicholas to do several regular things: put on socks, get his homework out, clear his plate, pick up his toy, brush his teeth and put his pajamas on.

Every single time, he has said "I am doing something very quickly. I need another minute."

Friends, all the things he was doing were not being done very quickly.

After a dozen or so of these interludes, I began to feel completely and utterly insane. I know you are absolutely desparate to know what he was doing instead of the thing he was supposed to be doing. So, of course, I compiled a list:

1. When I asked him to practice piano, he decided to throw lacrosse balls at the neighborhood children, luring them over to play.

2. When I asked him to do his reading for school, he decided to practice piano and played several songs, over and over again. Then he wrote a song about orphans, as inspired by Annie (of course).

3. When I asked him to work on his magic show (obviously he is now going to do a magic show), he decided that he wanted to reenact the orphan scene in Annie with his sister, which included a brief physical altercation.

4. When I asked him to pick up his magic cards, he decided he wanted to complain about not playing Fortnite and stage a protest.

5. When I asked him to brush his teeth, he decided to use my toner on his face, which led to the toner getting into his eyes.

6. When I asked him again to brush his teeth, he (magically) whipped out a ring pop and then proceeded to choke on a chunk of the ring pop, which led to drama and horror. He's fine, don't worry.

7. When I asked him to put on his pajamas, he decided it was time to read Diary of the Wimpy Kid aloud.

8. When I kissed him good night, he decided I had to do one more thing, very quickly: "Can you rub my back Mommy? You are so pretty. I love you." So of course, I yelled up to my daughters that I would be a minute because I had to do something very quickly. . . .