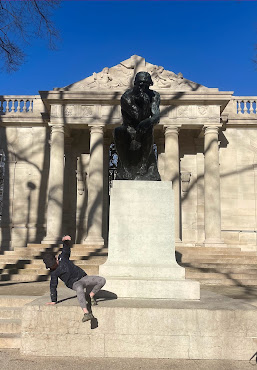 Tonight, Nicholas asked me if we could have "Doctor Talk." after we read Harry Potter, had a snack and said our prayers. Often, "Doctor Talk" is a thinly veiled code for having a long, endless talk about complicated medical things that require reference books and therefore delay going to sleep.

Nicholas knows I will usually say, yes. I shouldn't, but truly, I love to talk as much as he does. Lately our "Doctor Talks" have been about fear and hard things. Last week, he wanted to discuss Lily and if Lily was scared when she had surgery. (yes, of course, I told him.) He told me that his sister never seems scared of anything.

And then he told me a few things he was feeling scared of and before I could respond immediately changed the subject to discuss knee replacement surgery.

Tonight, Nicholas wanted to know what the hardest thing was about working for Alex's Lemonade Stand Foundation, besides writing about hard science things. Before I could answer, he asked, in such a quite whisper:

"Is it hard to write about kids who have died?"

Yes, I told him, it is hard. But, it is also one of the greatest honors and highest callings, in my opinion, to honor these beautiful, meaningful lives that were cut short. It's so hard, I told him, that sometimes I avoid it by writing about research; but really in the end, it is always back to the kids. The kids are reason for everything.

Then, he told me that the things he's been worrying about at school are really hard, too. But, he thinks he can do them, even though he is scared.

It seems, my son loves science like I do, because sometimes he can get through the hard things by thinking through the logical things.

I am so honored that he will think with me and ask me hard things--I want my kids to ask me hard things! I don't want them to ever go through life thinking that they did not really know me nor think that I did not know them.

For two weeks, my sweet little boy has been quietly puzzling through the hard things he's witnessed his sister and his mother do in an effort to find a lesson he could carry into his own struggles.  Look, I don't think I am anything special, I really don't, but what a wonderful feeling to know that my son notices the hard things I try to do. How beautiful that he looks up to his big sister with admiration and tries to learn from her. I don't even think Lily realizes the impact she has on him, simply through the way she lives in her life in strength and grace and positivity. (I do think Lily is pretty special; Chloe, too).

My sweet little Thinker, that Nicholas.