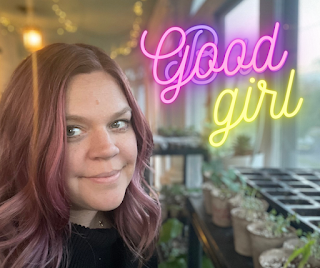 The first time I ever had a UTI (urinary tract infection), I was in college. I called my mom and told her my uncomfortable symptoms and she made me an appointment with our family doctor at home. I took the train from Temple back to Bucks County and went to see the doctor who had seen me through all my childhood illnesses and wellness visits.

I told him what was going on and he turned to me and said: "I know you are a good girl, so I am not going to ask anymore questions."

He gave me my script for antibiotics. I never, ever went back to that practice.

What did that even mean?

The question is rhetorical, of course. He meant that he assumed I was not some sort of sexually active, promiscuous young woman and he'd hold back judging me. Good girl meant that he would not ask me the questions a doctor should; instead he'd just give me antibiotics and send me on my way.

Going forward, any medical issues I faced were handled by Campus Health. No one there called me good or bad. They called me by my name--Ms. Carrington--and handled the business of my wellness and health.

I don't know if I ever told anyone that story before. I certainly think about this all the time. I remember thinking, I know sex is not bad. I know I am not bad. I know having UTI is nothing more than having a UTI. It is not a judgment or a scarlet letter labeling me as a promiscuous woman.

Many do. I know so many amazing medical professionals. But, still, many fall into that other category.

Like the doctors at the ER 12 years ago when I was in black-out, projectile vomiting level pain from an ovarian cyst that pulled my ovary into torsion, twisting it around until the blood flow was cut off, killing the organ and leaving it in there. I knew I had cysts. I had been at this same ER, which was affiliated with my doctor, for the same thing. It was hours before they would perform an ultrasound of my ovaries. In that time, they accused me of being a drug addict--restricting and questioning the need for pain management and then, talked to me about my "lifestyle choices," which maybe caused a raging sexually transmitted infection. I was too sick to fight and beg. I just laid there answering when I could, moaning when I could not, passing out when God blessed me with that temporary pain reprieve.

It wasn't until my doctor called that they began to listen to me.

I guess they assumed I was not a "Good Girl."

I asked my husband if he ever had medical experiences like this. I didn't really let him answer--I was too fired up--but I know he approaches his interactions with doctors with the confidence that they will listen. And I know that he was probably never called a "good boy," as an adult.  Of course, he's had frustrating times--and he's always there advocating for me when I have mine. But, I don't think most men have ever been judged as "good" or "bad" based on their medical diagnosis. It's just a guess, but I think an accurate one.

And you know, what? I don't have the energy to change this nonsense or to move the dial. I do have the energy to choose different medical providers and to educate my girls on what to expect and how not to be surprised.  There are endless inequities in medical treatment--the ones I face are relatively minor, I know--but they are massively maddening.

Today, I tried to make a wellness check up for myself and was told that if I wanted an appointment before May, perhaps I should consider "finding time while my children were in school."

She definitely did not think I was a good girl.