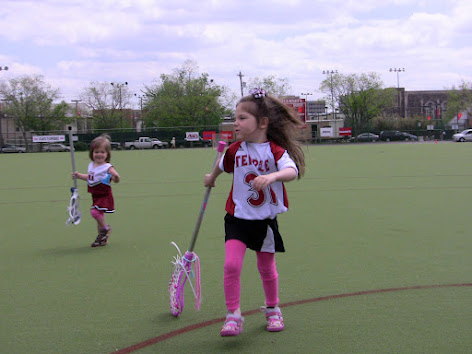 Yesterday, Lily came home from school upset about gym class. It's a new marking period. Her friends a year above her don't have gym this marking period, which leaves her without her usual "walk-the-track" group. I suggested she use the time for the weight room. And she said:

"I went in there and it was a bunch of boys just staring at me and not letting me use the equipment, Mom."

I immediately reminded her that she had every right to be in there. She's an athlete--winter training for crew 6 days a week (and twice on Saturday); dancing 3 hours a week and horseback riding one day a week.

But, still, she said, she was uncomfortable.

And I get it. It can be hard as a girl to walk into a testosterone room full of boys. I remember going to the gym at the Y in the summer and having grown men "school" me onto to use equipment as to "not bulk up" and keep myself "trim." One middle aged man warned me of the danger of "Bye-byes," demonstrating for me what happens when an untoned tricep waves "bye-bye" on its own.

Note: I told that man Bye-Bye and let the front desk know he was a creeper.

It often feels like a man's world in sports and training. I never played sports as a kid. I tried but was not ever encouraged. My mother was not an athlete and I think maybe if she did encourage me, I would have tried harder.

But things are different for girls now and for my girls, especially. When Lily was 3 years old, she was adopted by the Temple University Women's Lacrosse team through the Friends of Jaclyn Foundation, which matches collegiate athletes with children battling cancer. Coach Bonnie Rosen is the kind of role model you want for your daughters. She is a fierce athlete, an incredible coach, a wise motivator and a warm, wonderful human being who believes in people. 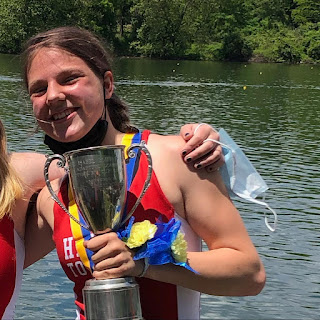 When she joined the team, Lily wasn't walking without our hand or her therapy walker. Every game she got to watch her sisters power through wins and losses. She got to hear Coach Bonnie guide them through it all. Lily saw what was possible.

When Lily started crew her freshman year, it was so hard. She cried the first week because she was the slowest. But she kept going back--because watching her lacrosse sisters and playing on teams taught her that the only way winning is a possibility, is through all the times you are willing fail.

Lily's success and continued happiness is wrapped up in everything she learned playing sports. She is the girl whose body failed her--nearly from the beginning. I know that Lily could have easily hated her body; held it accountable for her struggles. But somehow, through sports, Lily has come to love and accept her body. She gets frustrated when her right side is weaker than her left. She gets mad when coaches don't believe in her. She's struggled this entire school year not being on the water for crew--her shunt failure set her back last year and now she's held to a higher standard as a second year rower.

But Lily saw her lacrosse sisters have tough games. And she saw them sidelined with knee injuries. Lily knows that these things are heartbreaking; she was the little girl with a brain tumor who wasn't ever supposed to walk.

But, sports gave Lily something else: they gave her options. 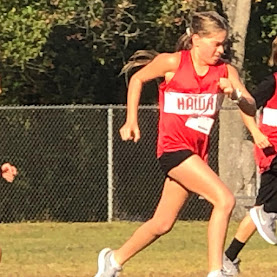 My other daughter, Chloe, has grown up along side her athlete sister. She's made other sport choices--sticking with field hockey, trying basketball, running cross country, swimming in the summer and now excited for lacrosse season. For Chloe, the lessons have been different. She's a natural leader, who also is sometimes scared to take up too much space--embarrassed by her power. She is also a dedicated rule follower. Sports have allowed her to start to bring together her leadership and her rule loving, and ditch that embarrassment. Chloe is learning to take up space--because it is hers to take up.

For both my daughters, sports have been a game changer. And my son, he believes girls are the best athletes around. (Because they are.).

Lily's got a big goal--to row on the Charles River someday. She's working hard to overcome her roadblocks--including the people who don't believe in her. Lily knows when she tells people this goal, they humor her a little.

That my friends is the wisdom of a girl athlete.