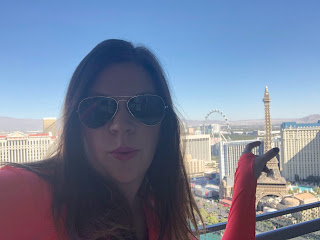 Most of the Facebook groups that I joined have what I call the "Vegas Rule." What happens in the group, stays in the group. I do abide this rule when it comes to the public sharing of a post. I'd never repost someone else's post or send their post to the spouse they are complaining about. And I abhor the Instagram account that posts screens of group posts and mocks the poster.

(Mostly because I didn't think of it first they are immoral.)

But, everyone, sometimes this stuff is so INSANE that I have to discuss with someone or I will burst. Human beings are really nuts. And there is a lot of madness going on out there. I mean I really actually cannot believe it all.

So, here I go, slightly breaking the Vegas rule, by sharing in vague, non-specific, partially redacted, super general words the things I saw on the internet today.

In some groups, you can post anonymously (only the admin knows who you are.). It is a great tool when you are really struggling and want help, but don't need anyone "all up in your business" as my oldest teenager says. Or maybe you want to talk about a struggle with your child and you don't need anyone in the group telling your child that you posted about their business, which you are up in.

But, guys, people use the Group Member feature to reveal all sorts of really disturbing, Fifty Shades of Gray type stuff. . .I cannot even begin.

I don't think "Group Member" is for this purpose! That's why you have a dog or maybe a hearing impaired elder in your life! Just tell the dog! The dog cannot talk nor comprehend your situation especially if told by fruit emojis.

And guys! I had no idea fruit emojis could be used in such a way!

We still do not have a description of the perpetrator; but we sure know who in town cannot be left together in a small room with knives.

Do you know that parents still debate circumcision? Well, they do. And it is the same debate. I cannot believe how much they discuss it and debate it. It's endless. And they don't use fruit emojis in their debates. Instead they fly off the handle and accuse parents of child abuse.

4. If You Have to Ask Posts

Any posts that begin, "Just checking to see if anyone else has experienced this. . " are posts that contain abnormal things that the poster knows deep down inside should never be asked. YES if your husband has a receipt from a strip club, it is not a receipt he simply found on the ground outside of church after his bible study. HE HAS THE RECEIPT BECAUSE HE BOUGHT A LONG ISLAND ICED TEA AT A STRIP CLUB. And no, it is not normal to binge drink everyday and fall asleep on your front steps. AND yes, one should wipe after using the toilet.

If you have to ask, you know the answer. But, listen, you should still post. . .because well, I popped a lot of popcorn.