Thich Nhat Hanh died today. Well, really tomorrow. Where he lived and died in Vietnam, it is already Saturday.

Thay, which is what his students called him, was a Buddhist monk. I discovered Thay in my yoga teacher training when we were studying mindfulness and meditation.  I learned so much from his books about mindfulness and the common grounds between faiths--which in turn, deepened my relationship with Christ. 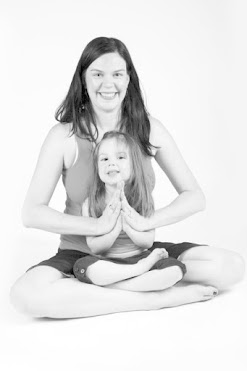 However, when I enrolled in my yoga teacher training, my parents had lots of questions and comments. I suspect my mother prayed for me a lot. They came around, of course, once they understood why becoming a yoga teacher was so important to me.

I did it for Lily.

After Lily's brain tumor resection, she had no balance. She had such terrible vertigo that she would scream and sometimes vomit when I picked her up out of her hospital crib. She couldn't sit on her own anymore. She couldn't crawl. Mike suggested I grab my infant baby book and we start from the beginning, doing poses that were geared towards newborns and working our way up.

It worked. It helped Lily with her physical challenges; but then it also helped me. Often, I felt there was nothing I could do for her. I had done everything "right" and she ended up with a brain tumor. I tried to hold her and she would scream. I'd try to feed her and she would vomit. Friends, I was defeated and broken.

But, yoga, yoga gave me time with Lily, together, on the mat. It was originally for her, but it become more for me. I found mindful moments of motherhood with my baby. I let go of the lie that there was nothing I could do and suddenly, I saw that I could do anything and everything.

There are no perfect mothers; but God makes us perfect for our child.

We kept doing yoga. I read more. I found a children's yoga training in Manhattan. Then I found an adult yoga teacher training nearby in New Jersey. And then I found Thich Nhat Hanh. 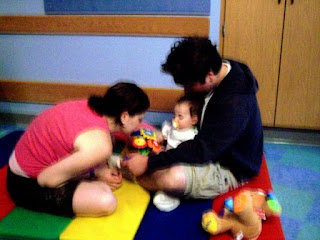 His teachings about mindfulness got me through the scary days after Lily's treatment. It was then when I perfected my "The Things I Know in This Moment" game. This practice draws me right to the present moment. I list the things I know to be true right now--and all the fears about the future and the uncertainty begin to have less of a strangle hold on me.

I truly believe mindfulness is part of what saved my sanity and my life through every trial and challenge. In mindful moments, I find clarity and peace--peace that seems impossible, but there it is.

Thich Nhat Hanh believed peace--peace for all human beings--was possible if we just sought it out.

I'll leave you with one mindful moment story which really had a profound impact on my life. I was at Jefferson Hospital, the day after my brother choked. It was not peaceful. My brother was still frozen--his body cooled to stop brain damage. He was still having episodes of myoclonus--his body jerking every other second. I went to the Visitor's Lounge and there was a family having a domestic argument over their son who ODed. I had no tolerance in those moments for that.

I left and sat in a corner by the elevator banks. Praying and naming the things I knew--the elevators were running, my brother was alive, I could help advocate for him, my kids were at home and safe and I could call anyone I wanted with the phone in my hand. My phone rang. It was Mike's Aunt Lydia, she wanted to pray with me. Lydia's prayers are longer than the Iliad. I needed a long prayer and the peace and the clairty it brought. While Lydia prayed for my brother's healing, I began to think about someone, somewhere else, who was praying for their brother. And I knew, I just knew that someone my brother would be an answer to that prayer.

A week later, my brother became an organ donor.

And while I will never be okay with his death, I have so much peace in my heart about his life and his journey to that moment. Mindfulness, prayer and the Holy Spirit gave me that.

And my teacher Thay showed me how to get to there.