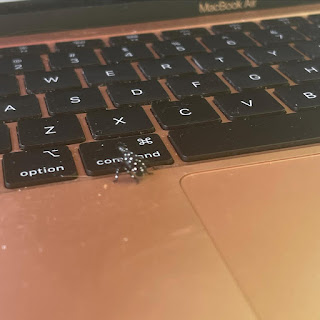 There are a lot of nuisance creatures having summer fun around here. They keep popping up like a sign of the end of days. I fully expect the turtles to become rabid and actively begin attacking bicycles by mid-August.

Since everyone loves hearing about all my problems, let's dive right into the first nuisance creature:

Reportedly, there is a rat problem on the other side of town.

In college, we had rats in our house on Rodman St. One of my roommates, who was watching an adult program, was reportedly interrupted when my cat, Pilot (who was a real beast) was chasing or being chased by a large rat in the living room. Apparently my roommate screamed and missed the ending of his "film." Anyway, I was in Minnesota at the time and got the call. I decided right then and there to except a low paying job in Vermont and move away.

In our town, the rat issue is reportedly related to the trash issue, which we are not allowed to ask or complain about because "EVERYONE IS DOING THE BEST THEY CAN." I guess there is a lot of restaurant trash and the rats, apparently, love it. They are very pleased with "the best they can" work ethic.

There have not been any rat pictures posted, so I was choosing to believe the old, wise adage "pictures or it didn't happen," until one of my wisest (but not oldest, she is very youthful and vibrant!) friends commented:

"They are everywhere. Just because you don't see them doesn't mean they're not there."

And she also went to Temple and lived in North Philly, like I did, so I know, I know she speaks the truth. I hope her truth is confined to the other side of town. I have my own problems over here with an adult neighbor who has boundary issues and sometimes just "pops by" for several days at a time. Which brings me to the next nuisance creature:

There are spotted lantern fly nymphs everywhere, in large terrifying gangs that hop as if they are popcorn in oil. As they turn from black and white to red, black and white, they seem to get smarter, evolving into hopping evil little things that can see you coming and pivot, hop and elude capture (and death). You can spend hours chasing them and while you are aware what you are doing, passersby merely see a grown woman chasing thin air and shouting "You bastard I will get you" while intermittently stomping on what appears to be nothing.

They are really jerks. I cannot entirely blame them, no one wants to die.

But, my grapes and hops and peaches and pears also want to live, so they can be eaten, by me.

Several times a day, I put on someone's boots or crocs (whatever I find by the door) and grabbed my Home Edit clear canister that is filled with soapy water and head to my grape vines.

Yes, the Home Edit clear canister is meant to keep potato chips fresh; but in times of apocalypse you turn to all your resources, no matter how bougee.

And, of course, like all things, the nymphs grow up and become adults--large, winged, flying adults.  They are fat and slow moving and seem to suffer from some sort of dementia. They are easy to kill, but super annoying.

I spotted one at the Post Office today, killed it and demanded the other people in line cheer. And they did, because this is a crisis! It is a war!