My Brother Donated His Organs. (Day 106)

There was a very clear moment when my brother lay in a frozen, medically induced coma that I knew he would not be okay. I had been bargaining with God and praying over the phone with my husband's Aunt. I wanted him to live--I wanted him back--and I'd make whatever trades I could.

But, that specific prayer of mine kept feeling wrong--like I was hitting a brick wall. It was not just that it defied all the medical signs or that I felt discouraged. It felt like the words of my prayers were wrong. I was asking for the wrong thing.

I needed to ask for a miracle--but that miracle would be the one that had my brother leaving this world, while someone else's brothers lived. I know this sounds like a trade-off; but to call it one would be oversimplify the miracle of organ donation. 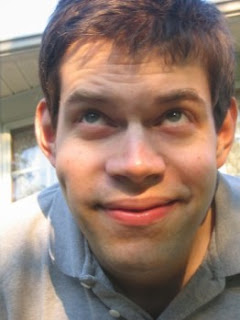 Somewhere, as I prayed for my brother, there was someone praying for their brother. They were praying for an organ--and I know, probably grappling with the truth that their prayer would be answered when another prayer--a prayer for a life to be saved--was not answered. It's complicated. When someone donates their organs, the hope is already gone for their survival. I've heard so many people justify organ donation by flippantly saying, "well I am not going to use it anymore, so why?"

But there is so much more involved in the process. It begins with registering to be an organ donor and then, also, if you are older, registering to donate your body for research purposes. Then, you need to discuss your wishes with your family and give them the emotional permission to make these arrangements for you, if they placed in this situation.

I felt driven to actively ask about organ donation for my brother early on in his stay. Of course, I wanted him to live, but something compelled me to ask, repeatedly, because if he was going to die, I wanted his body to continue to work for living donors and research. It was a hard conversation to start with his medical team--and I know they would have started it with me eventually (David was a registered organ donor.). But, truthfully, there was so much peace in taking charge of this--when everything else was out of control.

We had to scrub in and wear protective clothing. My brother, in his final minutes had to be prepped for surgery. We had to wait for the transplant team to arrive and we had to pray my brother would be stable enough to make it from his ICU room to the OR. We had instructions on how long we could stay after his heart stopped. We had instructions on how long he had to die--if he took too long once support was withdrawn, the donation was off.

When I look back on those moments, the sight of the transplant team lined up against the OR wall was a reminder that life goes on. It was the one thing that made the intolerable moment of his death, just a little bit tolerable. Even after my brother's death, pieces of him would go on. David donated his eyes, his heart valves and both his kidneys to living donors. He donated his lungs to research. So, when I replay this trauma, the bright, shining angelic part of it will always be those transplant doctors who take death and turn it into life.

I've never received out to my brother's organ recipients. I am just not ready--and I don't know if I ever will be. It is enough to know that their lives go on--and hopefully they are also sharing their story--and inspiring others to make final arrangements that lead to more days for someone else.

Since my brother died, I've encountered so many amazing people who have received organ transplants. Knowing them--seeing their beautiful lives miraculously saved by the gift of another--gives me so much joy for the heroic gifts my brother's life made possible.

Donating organs is not about death--it is about life.

Today is National Donate Life Blue and Green Day. If you are not registered as an Organ and Tissue donor, you can register in just a few minutes using this link.