When I was a teenager, one of my constant complaints (and cries) was that I just wanted to be normal. I wanted to have a normal younger brother who could talk and a normal half-sister who wasn't a hot mess and a dad who wasn't a grandfather's age and a mom who knew how to do makeup and stopped asking me when I was going to get married. 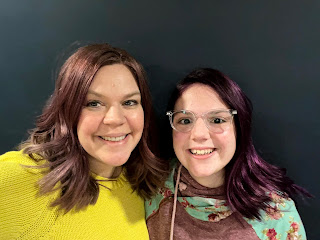 I never got any of those things. I sure wanted them, but I didn't really need them.  I was just fine and probably more normal than some of my friends, albeit with a different background.

As my daughter is now fully entrenched in her teens, her cries for normalcy are frequent and truly, give my complaints a run for their money. All Lily wants is to be a teenager who never had cancer and who never has to worry about shunts and CT scans and survivorship and the knowledge that kids die from cancer.

She is such a normal kid, albeit with a different background.

As I reflect on myself as a teen--like I tend to do a lot these days with a teen in the house--I realize so many gifts in the things I thought were so abnormal. My brother's disability's taught me how to advocate for my own children at all times. My half-sister's dysfunction and absence (except when she needed cash) gave me social savvy (she is a con artist, so having a conversation with her was a minefield of manipulation) that you can't simply learn in a classroom. My old man dad--he taught me so much about age and vitality and old movies and how to charm anyone, especially if they are trying to give you a ticket. My mom, who was forever obsessed with making a match as if I was one of the Bennett sisters in Pride and Prejudice, she taught me the value of not going at this life alone and being smart about building a good, solid marriage (and how marriage requires endless forgiveness and humility).

Sure, my family embarrassed me. And I am sure they added to some of my own life's dysfunction. But, most of all they taught me to realize that while the things around me may not seem normal, they were. Everyone has their dysfunction and chaos and problems. You cannot judge normal based your life experiences and you cannot compare yourself to someone else's life.

Today, when Lily was just raging on the way to practice about not being normal--I did the most irritating thing and made her play "The Things I Know in This Moment" game. She said:"my mom is annoying. I am going to be late to practice. My eyes are still dilated. I am angry." Then she said, "I am not normal"

And that last statement is a total party foul in "The Things I Know in This Moment" game, because it is a lie. I had to kick her out of the game.

Most of us collect this baggage when we are older and as we do, we don't stop to think "oh boy, I am not normal!" because our peers around us are busy collecting the same sorts of heavy stuff. It's a little easier as we get older to gradually pick it all up, building some drama endurance to carry it all. I cannot take away the stuff that has already been deposited in Lily's life. I can help carry some of it--but it is her name on the package.

"You collected your baggage young, kid and as you know, lifting heavy things just makes you stronger. Now get out of my car, because you are late and I have a conference call."

You know, because we are normal and have normal lives, even when everything else seems just the opposite.

PS I had to pay my normal teenage daughter to use this photo in the blog.