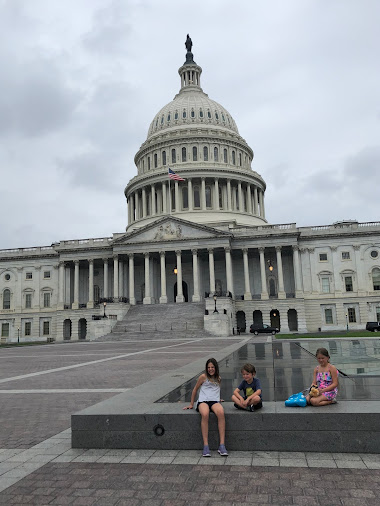 Before the pandemic, Washington D.C. was a favorite summer mini-break for our family. We loved it all--our government's history--both in the far and near past, the museums, the food and the feeling that we were truly in the middle of everything it meant to be an American.

The first time I went to the Capitol for a tour, we were temporarily rejected from entering. Nicholas would not relinquish his bag of Yogi melts and threw his pacifier at a security guard. No food allowed, apparently.

So we stepped to the side, I apologized, rebooked a tour time and Nicholas, who was 1, finished his yogis.

Today, people just plowed right into the Capitol. Our lawmakers were taken to secure locations and some fled. We saw the footage of guns drawn inside. We saw people scaling walls and breaking windows. It's only been about an hour or so since the madness began. I can only imagine what's next.

There are a few things I want to say about today: