Stop Giving Things Up For Lent! 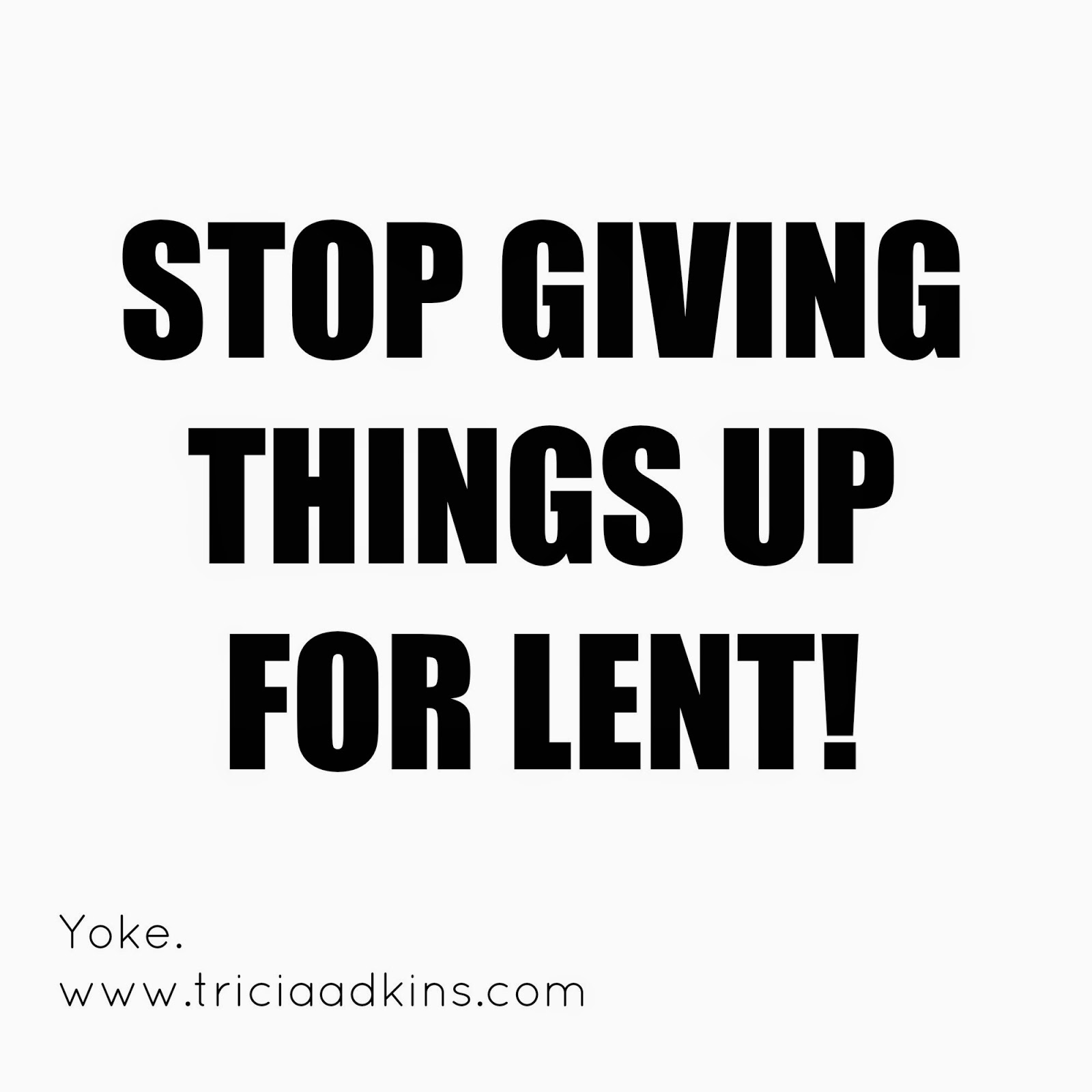 If I close my eyes, I can imagine my Facebook feed filling up with lists of things people are giving up for Lent.

In a week, it will fill up with the complaints:

"Ugh!! I just want coffee."
"No chocolate until Easter! I hope someone buys me a giant bunny. AM DYING for CHOCOLATE"
"I know I gave up complaining for Lent, but, I think today is an exception."
"WAAAAAAA, just one glass of wine."

I've been guilty of this many, many times. Some years, I've attempted to give up all four things simultaneously, causing me to be a horrible, miserable person.  I've cried in my head and to my family and on Facebook about the things I swore I was giving up.

I've made an entire spectacle of my sacrifice, which is the exact opposite of what Christ calls us to do.

Matthew 6:16
And whenever you fast, do not look dismal, like the hypocrites, for they disfigure their faces so as to show others they are fasting. Truly I tell you, they have received their reward.

I often look dismal. I often disfigure my face. And my reward is nothing but angst. Of course, that is totally the wrong way to sacrifice.

Matthew 6:17-18
But when you fast, put oil on your head and wash your face, so that your fasting may be seen not by others but by your Father who is in secret; and your Father who sees in secret will reward you.

This Lent, I intend on giving time to read, pray and sit quietly with God everyday. This will certainly lead to sacrifices--whether sleep or TV or time working or time reading something that is not about God.  My new life might still include coffee, chocolate and wine. Maybe it won't. But it will include more of Him and less of me.

And that is what God calls us to do. He calls us to become dead to our old lives, pick up our crosses and become renewed in Him, everyday, without a grimace, without a whine and without hesitation.

To help myself along on this Lenten journey of giving more, instead of giving up, I printed out Romans 6:9-11: 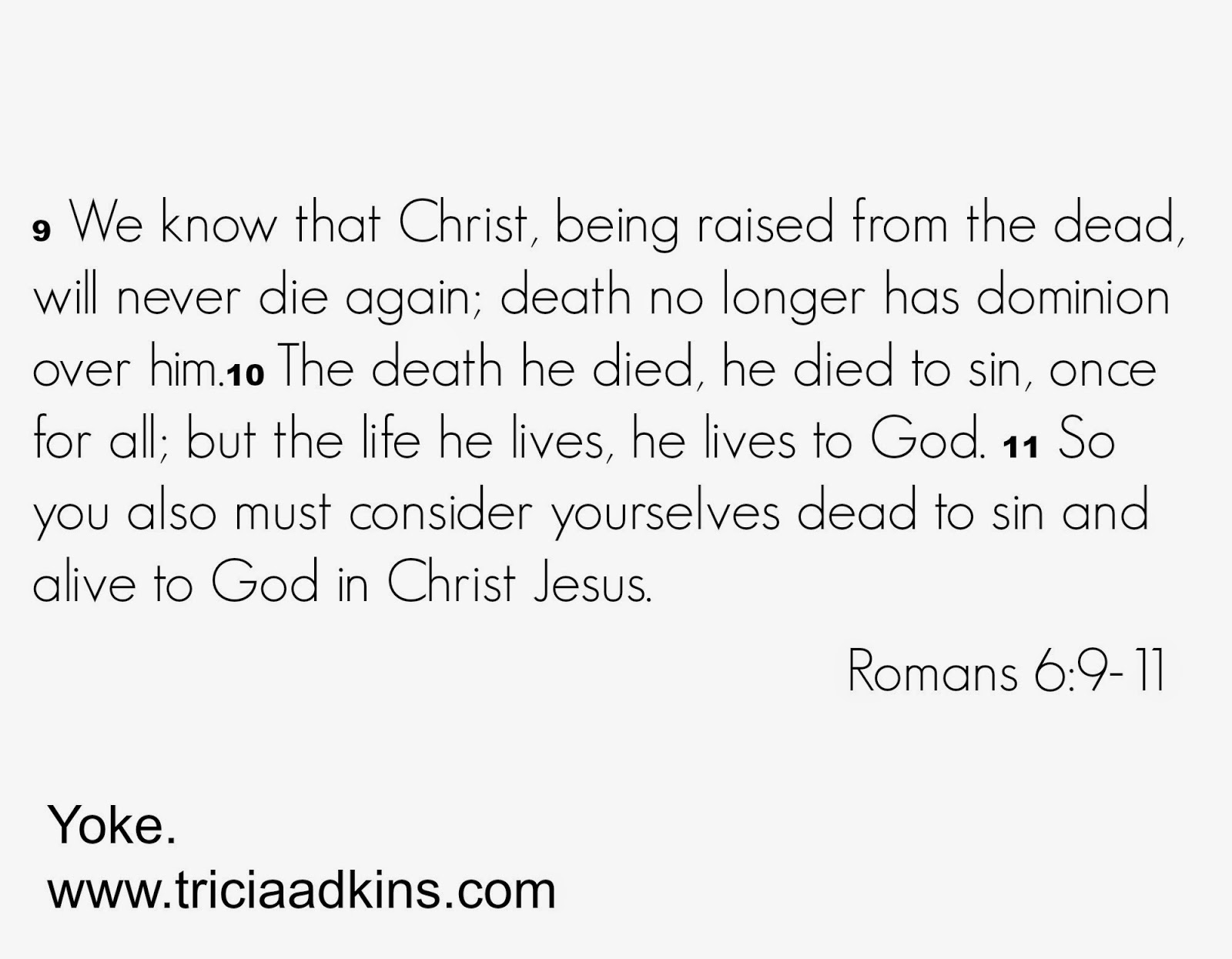 Happy Lent. Maybe this be a season of giving more to God for all of us!