Shake it off: Mothering A Two Year Old Boy 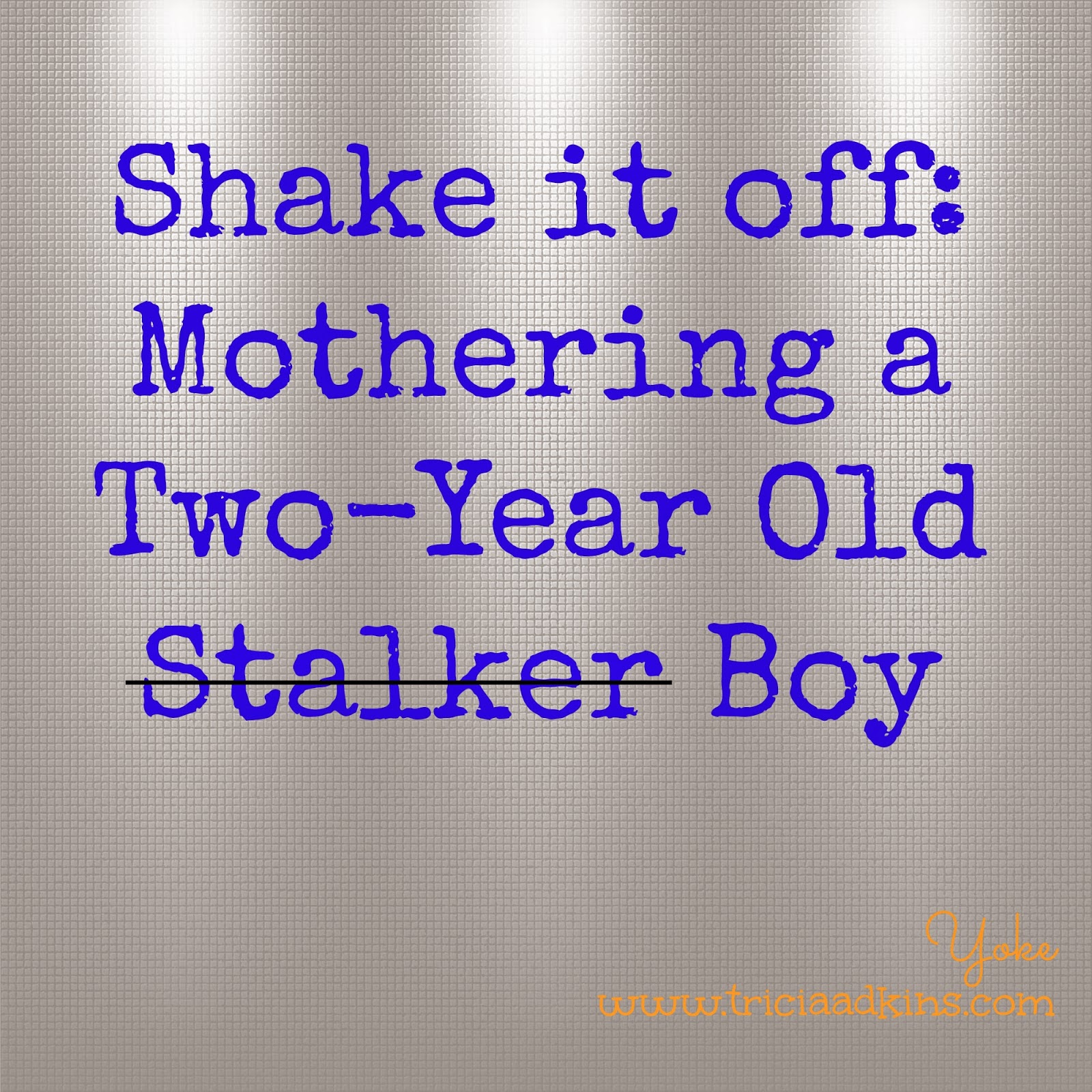 Sometimes, I forget that I have a son. I don't actually forget about him. I just sort of misplace the memory that I am boy mom or something.

Saturday night we were out without him. I was talking to a woman about being a girl mom and she said: "I have all boys. You would not believe how attached they are to me."

And I said, "Must be annoying. Glad I have girls," while gesturing wildly at my daughters dancing around with their dresses over their heads. (We were at a black tie event. They are 8 and 5. And it was late. And I think one of them accidentally drank my gin and tonic.)

Anyway, I came home, paid the babysitter and then remembered that the babysitter was actually staying with my son. You know, the one I forgot to mention in casual conversation (I cannot ever be Facebook friends with that woman.)

I think these weird senile moments occur when you have three children. I think.

Or maybe I have post traumatic stress disorder from being TOUCHED  AND GRABBED AND PULLED ON AND YANKED AND PINCHED AND CLUNG TO AS IF WE ARE ADRFIT IN A VAST OCEAN.

The boy is always touching me. The touching is lovely when we are all snuggled up reading a book about diggers and trash trucks (heartwarming!). It is also a real heart-melter when the touching is a hugged apology for putting the camera in the toilet. It is sort of lovely when the touching brings an end to one of the endless tantrums over travesties like not being allowed to eat TicTacs for dinner.

(My mother fed the boy TicTacs in November. It has ruined my life.) 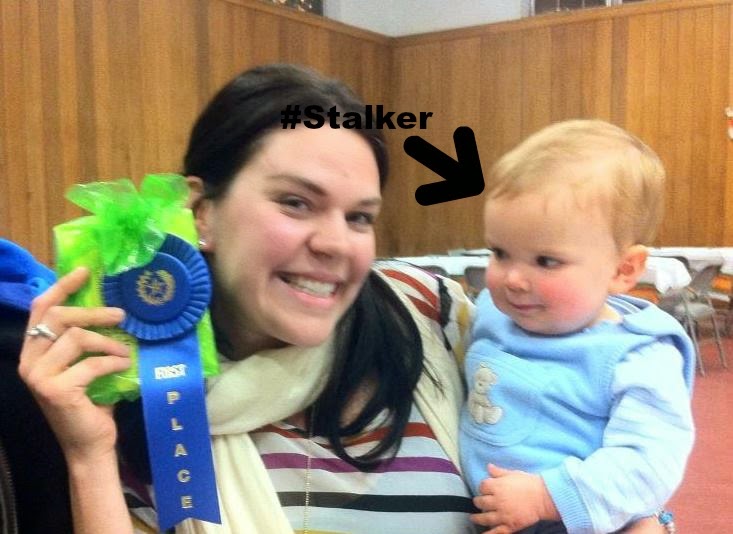 However, most of the time the touching is hellish. Sometimes, I am pinched because I did not respond prior to him completing the first syllable of his wail of "MAAAAAAMAAAA" and provide him a TicTac   Organic Rice Cake. Going to the bathroom and closing the door is a giant NO-NO in this house; the boy flings his body against the door screaming. (maybe he thinks I will drown in the toilet like the camera?) Other times, I am simply walking to the kitchen to get a glass of water and suddenly, he begins to fear that I am leaving him forever and attempts to climb up and inside my pant leg like a giant prehistoric insect.

But, most of time, he is simply blocking the front door with his entire, rage filled sweet 2-year-old little boy body because he is suffering from paranoid delusions that I might run away to the Island of Sodor to be with the choo-choos  without him (when really, I just need to take out the trash. Also I hate those whiney Thomas trains. If I was running way, I'd go to the Sofia the First castle. Obviously.)

Most likely,  I will block out all the memories of the clinging.  It is what traumatized people do--they will themselves to forget, so they can get about their business of appearing un-traumatized.

And really,  since we live in New Jersey, I know my momma's boy will hug me and worship me forever because that is written as a requirement in our state constitution.  (it is why our taxes are so high.) 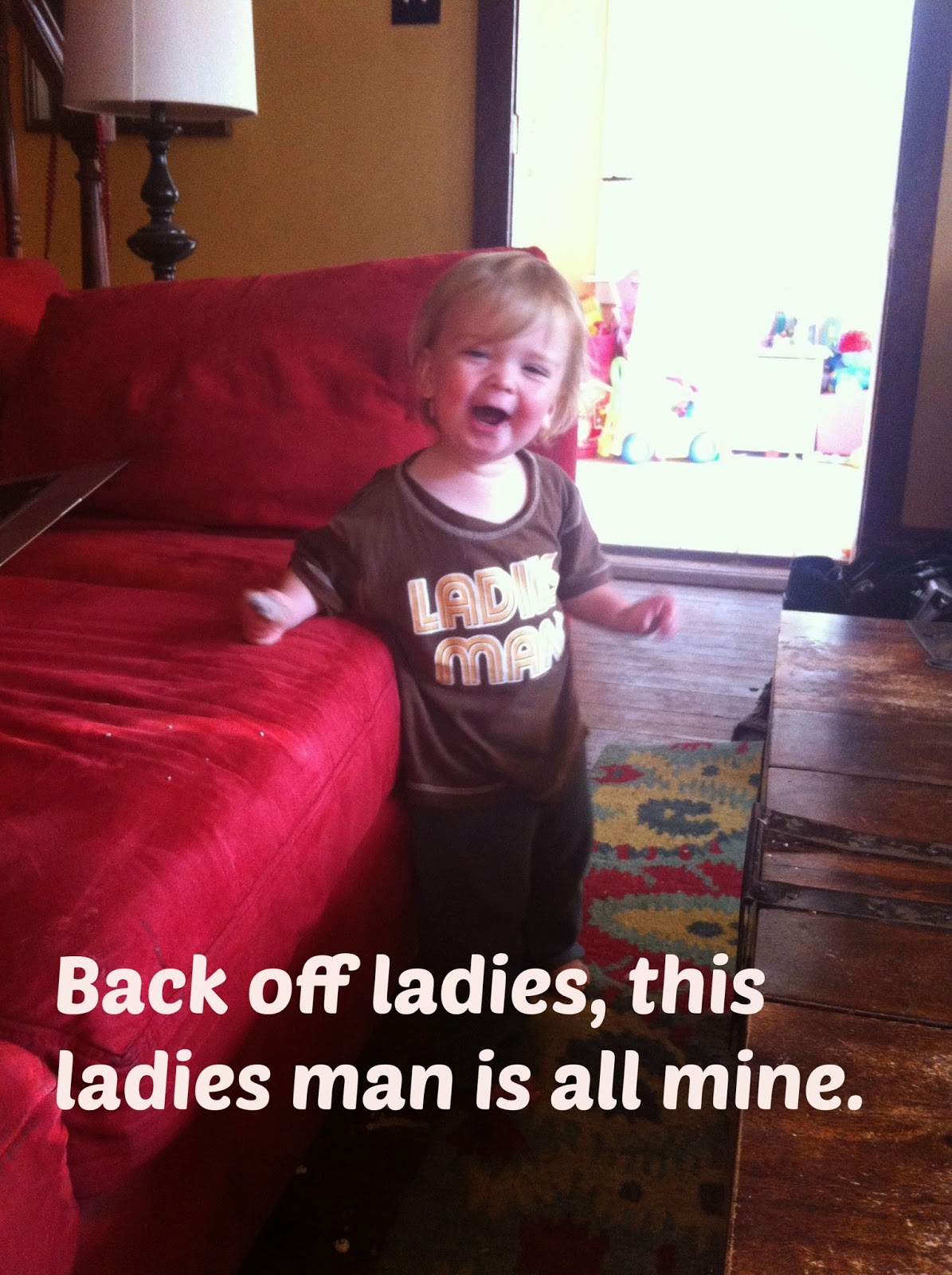 For now,  I have to just shake it off. I have to shake off his lunacy and tantrums. Then I have to pick up that little bugger and hug him close.

After all, someday, he will leave me (God willing) and begin stalking  loving another woman.

P.S. I now have Taylor Swift stuck in my head. And so do you. . Haters gonna hate, hate, hate, blah, blah. Just shake it off!
Posted by Trish Adkins at 8:43 PM