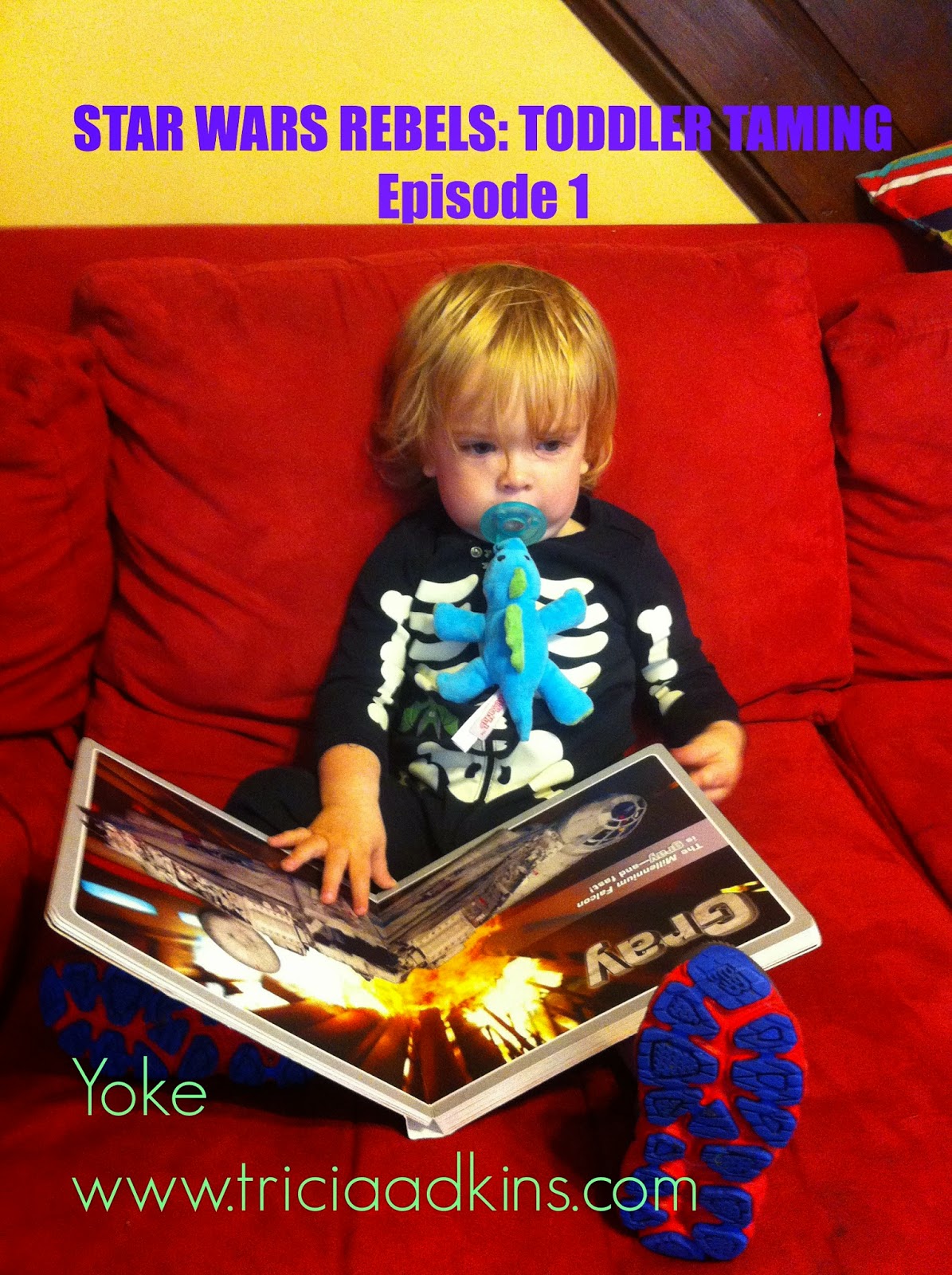 My two year-old is obsessed with Star Wars Rebels.

Before you comment about how Star Wars Rebels is not aimed at toddlers,  just know that I don't care. We gave Thomas the Tank Engine a whirl a couple weeks ago.  I was totally disgusted by the raging trains with snotty attitudes and passive aggressive communications.

I already have two daughters who provide me with enough attitude. I certainly don't need to watch trains sniping at each other about who is more useful.

Anyway, back to my two-year old's most favorite show: Star Wars Rebels.  It is some sort of Star Wars cartoon. I'd like to pretend that I could recap each episode or perhaps give you a run down on each character or tell you what valuable lessons my toddler is learning from watching the program.

While he is watching, I am half watching (checking for nudity, blood and angry trains named Percy) and writing.  For 30 minutes, I can think and string together a few sentences. It is like a writers retreat.

While he is watching, he is also clutching his Stars Wars Colors Board Book, for dear life, while shouting new words like:

Frankly, the Star Wars Rebels characters (who names I cannot remember) have become 30 minutes of mommy writing time every morning. And while I am slightly concerned that my son is nurtured by the electronic equivalent of a comic book store, the thing is, he is happy, has stopped acting like a monster (i.e. growling at me and attempting to eat my leg and break my laptop) and has moved on to planning rebellions and insurrections with his sisters' Barbies.

And you know what, I am happy about it all. Maybe he will be an astronaut or President or dictator of a small island nation. Either way, I'll be proud.

PS If you really want to read what Star Wars Rebels is all about, the Nerdist recaps every episode. Yes. Nerdist. This is who I've become, the woman who is reading recaps of Star Wars cartoons. #StarWarsMom

PPS This post contains affiliate links. Go buy that Star Wars Board Book. It is adorable and sort of a primer/character guide for mothers who don't know a Storm Trooper from a Jedi.
Posted by Trish Adkins at 7:12 AM

Email ThisBlogThis!Share to TwitterShare to FacebookShare to Pinterest
Labels: May the Force be with you, Star Wars Rebels, Stars Wars Toddlers