Somehow I missed the anniversary of my Father's death. 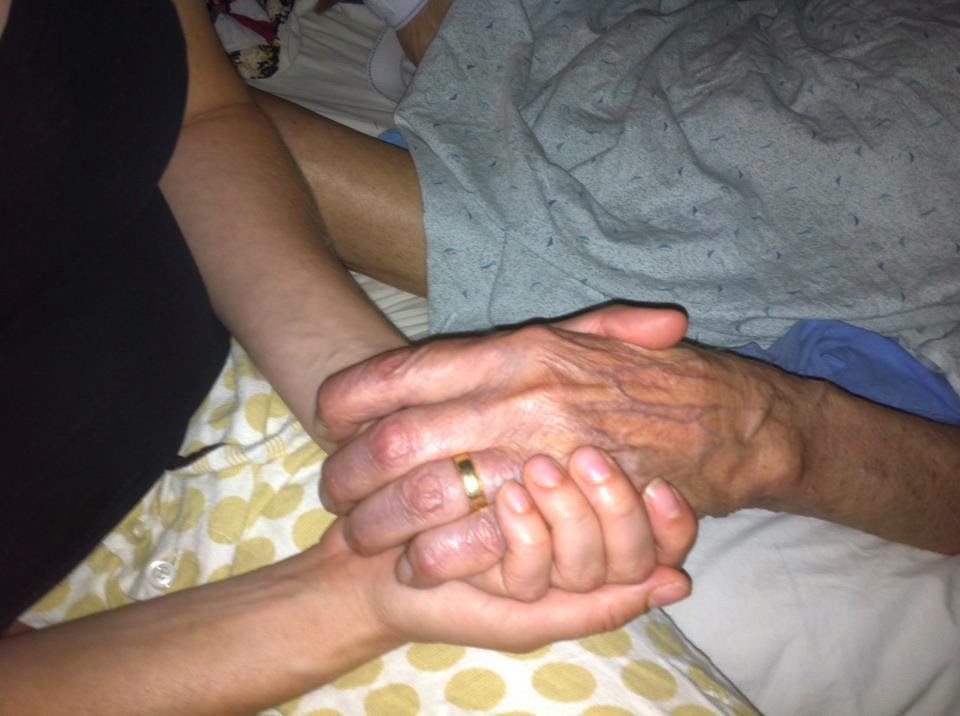 A month later, it feels like I somehow missed his actual death and the guilt that accompanies that survival and forgetting and missing and overlooking weighs heavy on my entire being, pressing me down and turning me inward to the point of paralysis.

How long am I supposed to remember the day he died? How long until I feel better about it all? How long before things feel normal again?

It has been three years. My son did not exist when my father died; Nicholas was not even an inkling or a thought or a reasonable next step in our lives. Nicholas will be 2 years old in December. Someone new. Someone who was not here when my Dad was.

And maybe it is my melancholy reaching down and brushing my son, but he seems a little more serious these days. A little more focused, a little introverted. Am I imagining it? Or does Nicholas know, too, that someone who would have played with him nonstop and delighted in his love of trucks and football and monsters and superheroes is not here. It is like we are all looking for someone who is hiding.

I don't think I am supposed to talk about the grief anymore; after all, my Dad was so old and so tired and so ready to go. He always said, "I can't live forever, Trish!" I used to take it as a joke, my Dad was solid, like a warship and the irony, the irony would have to be that, yes, yes, he would live forever.

Only then he died. Like old men tend to do.

My grief should not be able to conjure itself anymore into this level of intensity, rooting me, right to my spot, making me feel like a liar when I say I am doing great or when I laugh like a person who at the root of her soul feels the deepest feeling of loss.  Perhaps this is the beginning stages of mental illness or worse, I am just destined to feel like I am wearing an invisible black veil on my face all the days of my life.

It is exhausting to grieve.

In the first two years after my Dad died, there were signs from him. Sounds, crazy right? Like some bizarre ghost story, but the signs were there--flipped switches and strange, personal songs magically playing on a radio station that does not exist, electric candles flickering on their own, little voices and whispers and glimpses of my Dad, where ever it is he went to. The signs seem to have gone; and maybe that is how it goes. Maybe, maybe, I forgot September 17, because that was a sign that it was time to forget, only I don't want to forget his death. I want to remember it all, so I can look for some clue to make it so he could live forever.

Thirty-four years was not enough time to have a father. It is never enough time. And even as I type this, I feel silly and stupid for still rooting myself in this place of despair. I feel that I might actually go mad if someone tells me it gets better, because it simply does not. I feel I might kick something, hard, if someone references a better place or eternal life with Christ, because no matter what you believe or what I believe in my soul, I am a human being and I am incapable of feeling fully comforted by the idea of heaven. Heaven is not right here. Heaven is not something I can touch or see or read a guide book about. There are no emails from heaven or quick phone calls or breakfasts sitting a counter with your Dad and his nameless old man friends. There are no quick snips of wisdom or smiles or getting to see what maybe my Dad was like with me when I was 8; because the the granddaughters he knew were just 5 and 2 when he died.

So that's it. I missed the anniversary. Yet it happened. And here I am. Remembering.