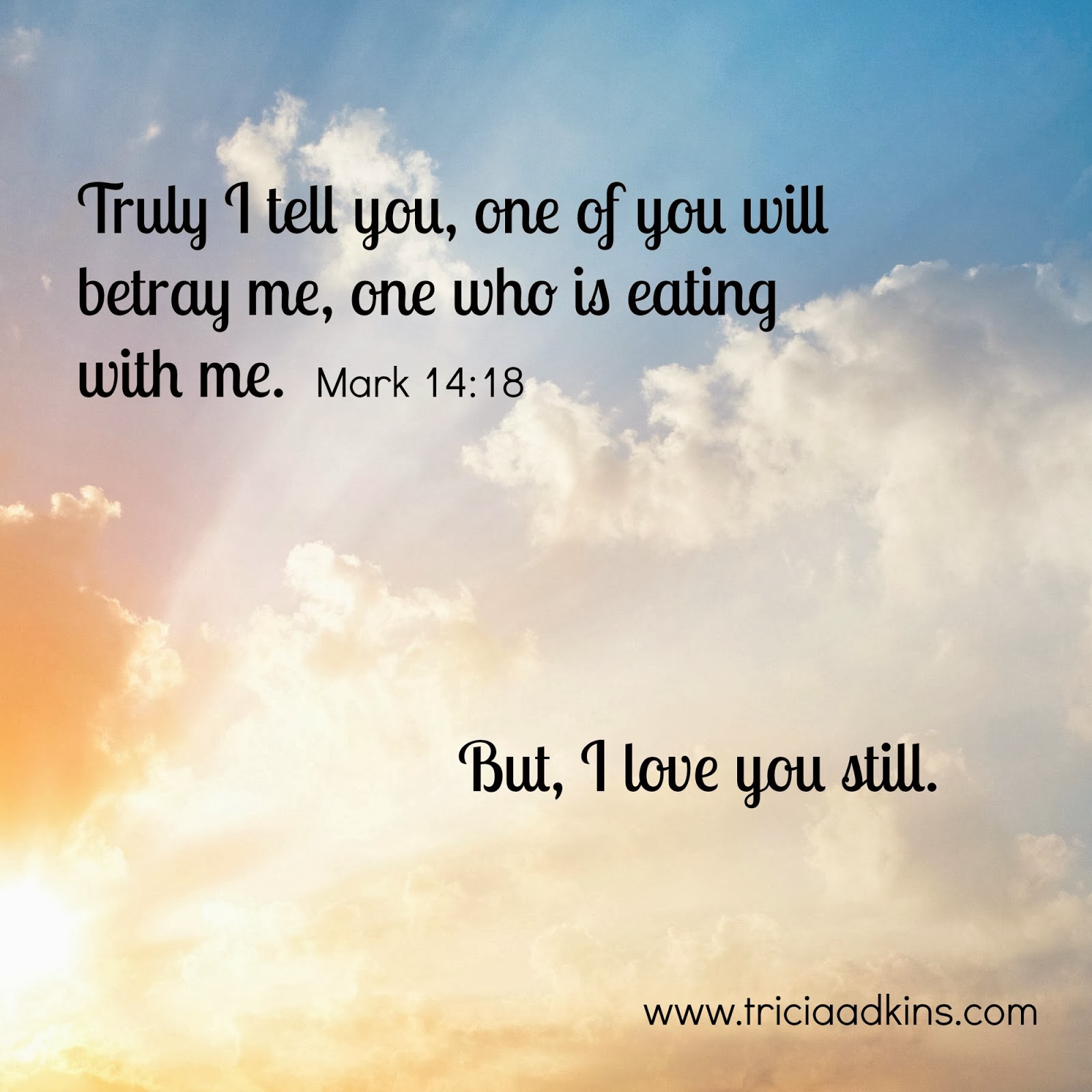 I have some lingering sins to repent for.

I am good at repenting the day-to-day stuff and since I've made repenting a priority, I've gotten to my sins in real time. But there are some things that are hanging around my neck.

I do not want to ever become like Judas--a man who allowed sin to own him until the end.

It is so easy to repent as you trudge along; it is impossible for me to repent the old dirt.

There is so much of it.

God knows all of it. And I am pretty certain that he has already forgiven me. The trouble is, I have not forgiven myself. I don't have earth-shattering mortal sins in my past. Nothing I have done would make for good T.V. or gossip. But I have stuff. Stuff that I am not proud of; stuff I should have done but I did not; stuff that should not have done, but did anyway.

I've got stuff. And it is heavy.

I wish I had listened years ago to the words: "One of you will betray me." Because dredging up the old dirt is hard, but necessary to be accept the gift of God's perfect love. This dredging is not something I can accomplish in a week or a month or even a year. It will be accomplished and repented and resolved in God's time. I have to wait for it. Quietly, patiently and without fear.

He knows I've betrayed him, but he loves me still.

Wonder what you've stumbled upon? Catch up on Only One Thing, the Bible Study for Bad Christians  here.

Email ThisBlogThis!Share to TwitterShare to FacebookShare to Pinterest
Labels: #onlyonething