Campbell is six and has been fighting brain cancer for over half of her life. She has two amazing sisters-Caitlin and Caroline. While Campbell fights and struggles, her sisters fight and struggle too.
Campbell has been battling Anaplastic Ependymoma, a rare form of Brain/Spine Cancer, since August 2009. She has undergone four brain surgeries, bacterial meningitis (as a result of one of her treatments for brain cancer) for 8 months, one brain tumor, five spinal tumors, one spinal surgery, a total of 86 rounds of proton beam radiation therapy, countless days, weeks and even months away from home while in treatment.
Childhood cancer is a family disease. Please read the story of three amazing and heroic sisters. Team Campbell will walk in the 2012 North Jersey CureSearch Walk; all proceeds will benefit childhood cancer research. Donate to Team Campbell today and help support lifesaving research.
Here is the story of Caitlin, Caroline and Campbell, as written by her mother Robin. 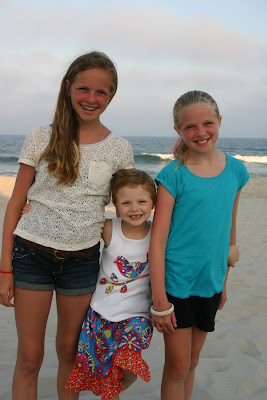