Ryan's story reminds me of my own daughter's. The funny thing about awareness and rareness: you think something is rare until it happens to you.

While many treatment options have not changed in the past 30 years, treatments like proton radiation offer new hope for children diagnosed with brain tumors.

Here is Ryan's story, as shared by his mother Jennifer. 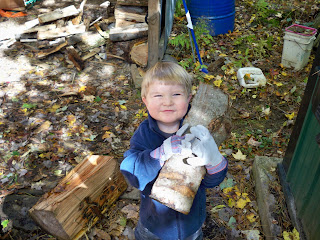 On August 17, 2009, 13 days before his third birthday, my son Ryan was diagnosed with a brain tumor. His only symptom had been increasing balance issues. I remember sitting there listening to the neurosurgeon and thinking that their must be some kind of mistake. The next day Ryan endured a nine hour surgery where his amazing neurosurgen removed all the tumor. It took four agonizing days to get the devastating diagnosis of an Anaplatic Ependymoma (brain cancer). We were told that it was a very rare type of tumor with only about 200 being diagnosed in the United States every year and because it was so rare their was no set protocol for this type of tumor. Our oncologist, who had a very young patient undergo radiation and three years later still not be able to walk or talk, highly recommended a chemo clinical trial. After much research and two other opinions, it was recommended that instead of chemo we do six weeks of proton radiation in Boston.

Had we gone with the chemo I truly believe that Ryan would not be three years cancer free and we would not have a happy, healthy first grader.

Until August 17, 2009 I was blissfully unaware that 46 children are diagnosed with cancer every day and that 7 children will die from the disease each day. I had no idea that the National Cancer Institute (NCI) spends a measly 4% on all 12 major types of childhood cancer research which works out to about 10 million per type. I knew that the pink ribbon was everywhere but had no idea that the NCI directed 12% to breast cancer research equaling out to about $843 million a year. Their is so little research being done on these lesser known types of cancer because so little money is going to help fund it. Ryan's story may not be extraordinary but to me and many people that know him he certainly is. I believe that whether Ryan, or the rest of the cancer warriors, grow up to become rocket scientists, neurosurgeons or tractor drivers (which is Ryan's first pick), they all deserve a chance. It is my hope that someday soon more people will become aware of the funding disparages, take a stand and help the researchers get the money they need to find a cure.