L is for Leftie 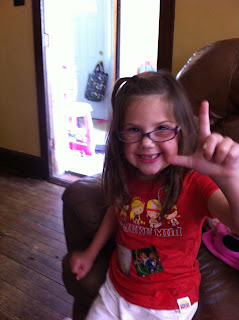 (okay, that is ridiculous).

Left-Handers Day, held annually on August 13 for the past 23 years, celebrates your right to be left-handed.

Do you think the days of "forcing" children to be right-handed are gone?

Lily is a leftie.  And while no one has ever forced her to be right-handed, there has been many, many times when teachers have assumed she is right-handed. They've corrected her hand. They've assumed incorrectly. And before my Lily began asserting herself; she would grow frustrated and just refuse to write.

But, now, my little leftie speaks up (it is all very much like the American Revolution) for her right to be left-handed. And we've had to relearn how to do things to support her development. Like switching the mouse on the computer from right to left; and handing Lily pencils or scissors on her left side. We also turn the paper for her, so writing from right to left, is a little less arduous. 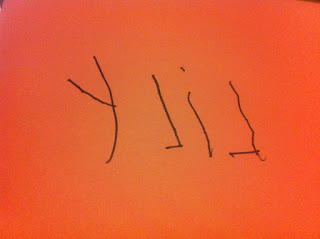 And we've adapted to her strange and completely amazing ability to mirror write.

Lily can write anything in a mirror: i.e. totally reversed. She gave me a Mother's Day Card this year and told me to hold it up to the mirror.

It is sort of amazing. (She also writes forward quite nicely as well.)

We live in a right-handed world and until Lily, I had no idea. Being the mother to a leftie has taught me: you have two hands and therefore there are always two sides to every argument; two ways of doing just about anything; and two perspectives that can be equally correct.

So for today, the 23rd annual Left-Handers Day, I leave you will some fun leftie facts:


And if are a leftie or know a leftie, join the Left-Handers Club.