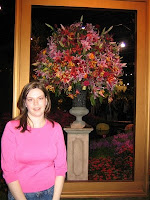 Before there were years.
My sweet Lily was entirely planned. I had one pregnancy before Lily, a surprise and one that resulted in a very early loss. It was that loss that led to Lily--the lost prospect of a child made me realize how deeply I wanted to be a mother.

After that first pregnancy ended, we went to the Philadelphia Flower Show. I remember one picture of me, in front of lilies and roses, I am sort of smiling, but my eyes are sad. I looked at that picture nearly every day until Lily was born--and that is how she became a Lily--she put the light back in my eyes. 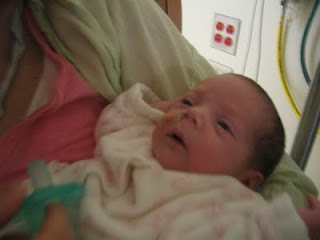 Year One-The Breath 2006
In retrospect, it does not surprise me that Lily was born 11 weeks early.  I think some part of me knew this was our shared destiny to be NICU Mother and Daughter--an underdog team from the start.  Even during the early days when Lily's lungs were so sick and I could not hold her--she would hold me with her doll-sized hands and each labored breath. Then when I held her finally, Lily let me and she nestled in and breathed, beautiful perfect complete breaths. 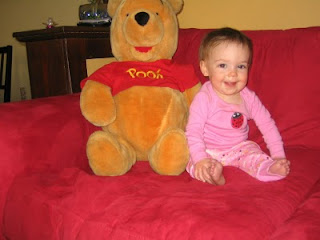 We had just hit the anniversary of Lily's homecoming from the NICU. Lily vomited, randomly. She stopped crawling. It was like someone hit the pause button on her development. I was so irritated--then I was terrified. But never in my wildest did I think the diagnosis would be brain tumor.
It all worked out--this forced pause delivered in the form of an ependymoma, brain surgeries, PICUs, radiation and oncologists--the three of us paused as a family. We fought as a family and Lily led us to a place of love, healing and health. This second year of Lily's life will always be about the quiet, the stillness and singular focus on hope. 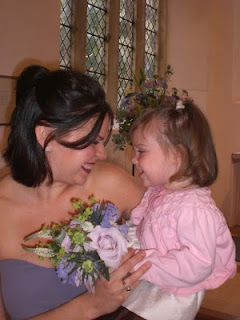 Year Three--The Rock, 2008
In summer of 2008, when I found out I was pregnant with Chloe, I was terrified. I was so scared for another NICU stay--scared that this time around, my baby would not make it. Lily was 2 1/2. There was no way to explain to her what the stakes were--there was no way to say--"Hey, Lily, Mommy is scared that preeclampsia will rear its ugly head again and your baby sister--well she will be born way too early." But Lily, my wise, kind, rock, held my hand at every perinatologist appointment. She reminded me to take my blood pressure. She cuddled with me while I was on bedrest. Lily was my rock--she was exactly what I needed. I often wonder what I was to her. 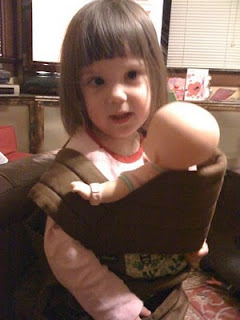 Lily's walking has been the source of constant work for us since her brain tumor. In our hearts, we knew she would do it--despite some nay-saying from doctors and despite the nagging doubt in our minds. For about a year, Lily was adept at walking with her therapy walker or cruising or holding our hands. We did not have any independent steps, until Black Friday. The four of us (now with Chloe in the mix) hit Nordstorm and Lily, well she wanted to go purse shopping. Lily walked and walked and ran away from us. Chasing us, laughing and finally we saw our Lily as free--she could walk on her own and Lily taught us how to walk. She taught us to walk our own walks to be independent of the things that hold us back. She shed her brain tumor--she shed her walker--she shed all her limitations. She walked. 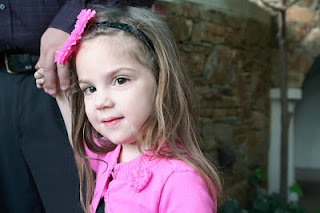 Year Five--The Bloom, 2010
Like all beautiful flowers, my Lily needed her time to bloom. This last year, I've watched Lily walk, run and learn to dance. I've watched her sing in front of 100's of people at church. I've seen her make friends and boss those friends around. I've watched her hold Chloe in her arms, when Chloe has fallen. I've held my breath while Lily trotted on Clementine and I've comforted her after she tried out a (very scary) kiddie rollercoaster. I've lost arguments with her. She walks, she talks and she is blooming. In this past year, that I've realized what an honor it is to be chosen as her Mother. Lily and Chloe are my daughters, but they do not belong to me. This year, Lily showed me how much she belongs to God, how much she belongs to this world. She has started to open and become her own beautiful flower. It is Lily who continues to teach me how to be my truest self.

Happy Birthday to my Lily. Wishing you at least 100 more. We love you.
Posted by Trish Adkins at 9:46 PM